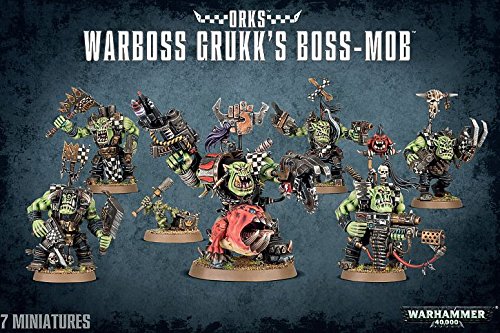 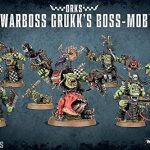 Tau Riptide Battlesuit
0 out of 5

A huge brute even by ork standards, tall, muscular and imposing, Grukk Face-rippa is an absolutely terrifying sight. Hard as iron, with a fearsome reputation for absolutely stunning violence, many orks consider him blessed by Gork himself. Naturally, such a massive and killy ork draws others to him inexorably – accompanied by a coterie of nobz, he runs roughshod over the galaxy, conquering every planet he sees and leaving nothing behind but fearful whispers – even the orks he commands are utterly terrified of this enormous, roaring force of nature. This box set contains Grukk Face-rippa’s Boss Mob – including Grukk Face-rippa, armed to the teef with a kombi-weapon and his notorious power klaw; an ammo runt and five Nobz featuring a host of ramshackle weapon and customisation options.