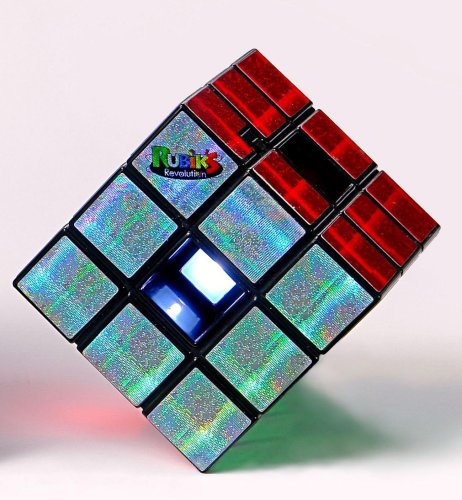 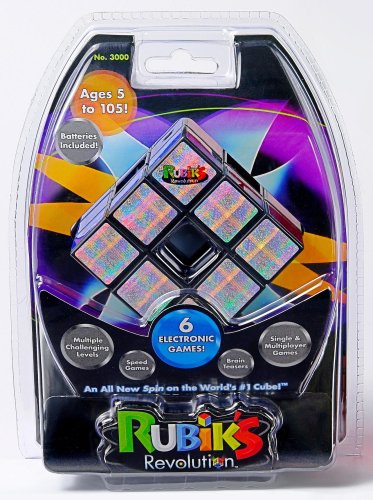 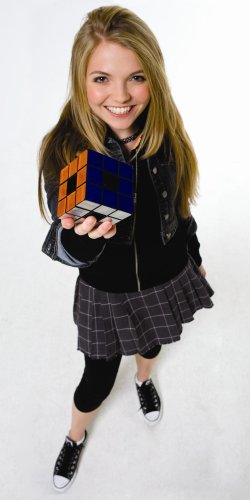 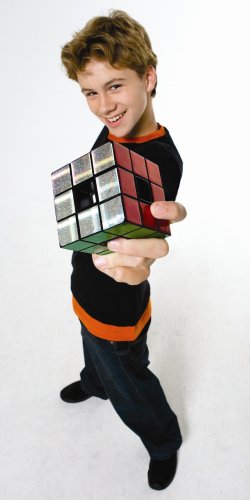 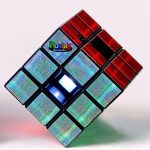 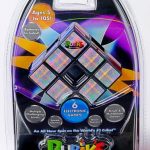 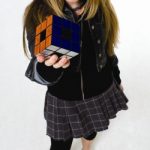 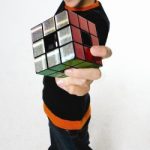 Scrabble Express Handheld
0 out of 5

Includes six different games
Can be played individually or in groups
Multi-sensory games with lights, action and sound

Techno Source puts a whole new spin on a classic toy. Based on the famous Rubik’s Cube, the Rubik’s Revolution offers six fast-paced electronic games packed in one cube with lights, sound effects, and increased levels to keep you playing this gadget for hours. Rewarding fast hands and fast thinking, this electronic toy is recommended for all ages 5 and older.

Each colored side has its own game for six games total. View larger. View different angle.

The Good: 6 fast-paced games for the whole family

The Bad: This toy may be addictive for kids and parents

In a Nutshell: New spin on the classic cube game

Spin On A Classic Game
Built in the exact shape and size of the original Rubik’s Cube, the Rubik’s Revolution features six different colored sides — each with its own game. Unlike the original toy, the sides of this plastic cube don’t rotate to solve a single puzzle. Instead, each fixed face of the cube has a lighted button in its center square. When you turn on this electronic toy, the talking cube asks you to press a color button for one of the six games. This robotic woman’s voice also calls out the colors and gives you your score at the end.

6 Fast-Paced Games
“Light Speed” requires you to turn off the lighted cube lights as they pop up. The faster you can do it the greater the challenge and the better your score will be. In “Rapid Recharge” it’s your mission to light up the entire cube at once — and quickly — before the squares fade out.

Like the memorable game of Simon, “Pattern Panic” challenges you to memorize and repeat a growing sequence of lights. Logic and reason could help you crack the secret code in “Code Cracker,” while “Cube Catcher” is a race against the clock to turn off as many lights as possible. Last but not least, “Multiplayer Madness” lets you compete against your friends. Passing the cube back and forth, you have to turn the lights off faster and faster before time runs out. The last player not eliminated is the winner.

Fun, Easy, and Addictive
Caution: this fun cube game may be addictive. While the hard plastic cube holds up to heavy use, including the occasional fall as players pass it back and forth in “Multiplayer Madness,” the holographic colored squares can start peeling back without much effort. If this happen, kids should ask their parents to glue or tape the squares back down. While the Rubik’s Revolution is easy to learn — mastering the toy is another story. But unlike the classic Rubik’s Cube, which isn’t for everyone, just about anybody can and will get better and better at this game with a little practice.


Includes six different games
Can be played individually or in groups
Multi-sensory games with lights, action and sound
A game that can be played anywhere
2007 winner of game of the year