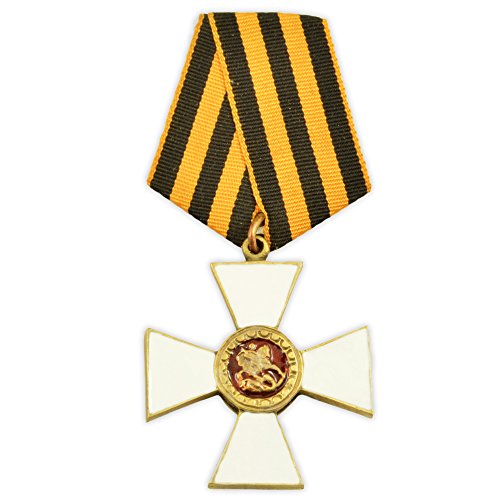 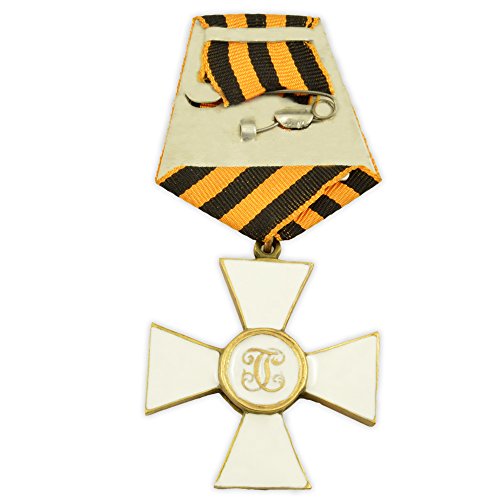 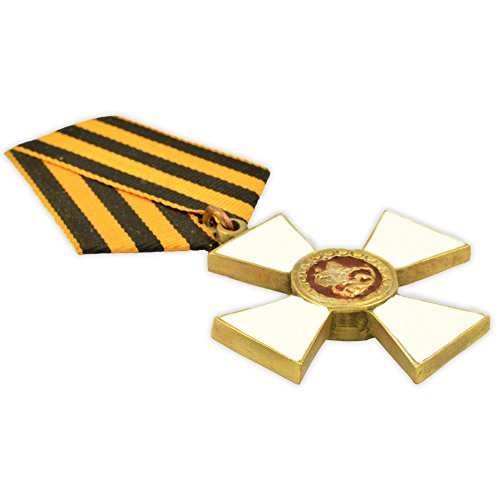 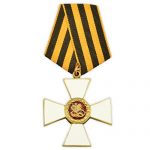 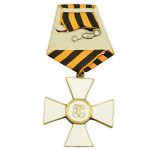 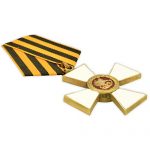 The Cross of Saint George (Russian: Георгиевский Крест) is a state decoration of the Russian Federation. It was initially established by Imperial Russia where it was officially known as the Decoration of the Military Order of Saint George between 1807 and 1913. The Cross of Saint George was reinstated into the Russian awards system in 1992. Established in the February 1807 decree of Emperor Alexander I, it was intended as a reward for “undaunted courage” by the lower ranks (soldiers, sailors and NCOs) of the military. Article four of the decree ordered the decoration to hang from the same ribbon as the Order of Saint George. There was only a single class with no restriction as to the number of awards per person. The first soldier to be awarded the Cross of Saint George was a cavalry non-commissioned officer named Yegor Ivanovich Mitrokhin. He received the award for distinction in the battle against the French at Friedland on 2 June 1807. Used for the reconstruction of historical events, the recordings of movies, theaters and other constructions, exhibitions, historical talks. And also as a souvenir for lovers of history. Made in Ukraine
Order COPY
Officer cross of St. George. 1 degree in 1916
high quality
material – metal
Works great as a gift!