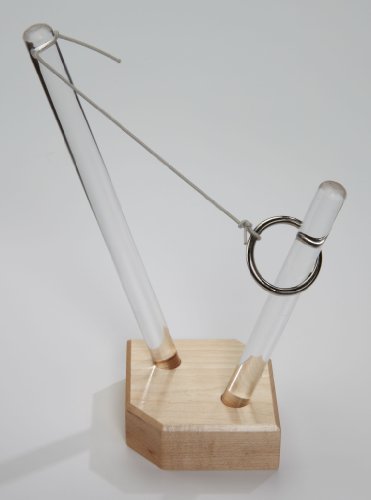 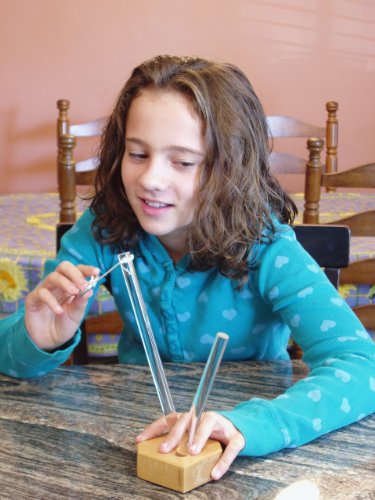 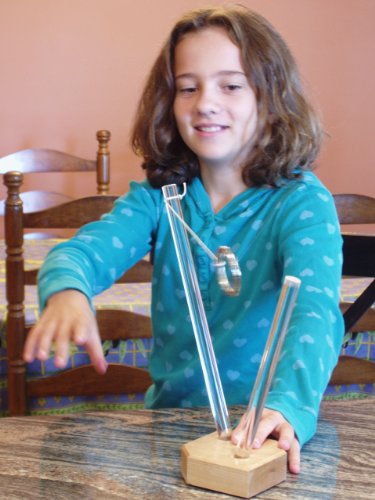 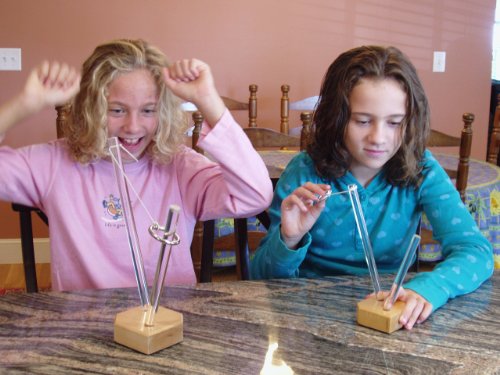 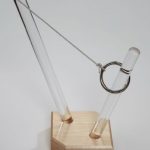 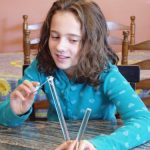 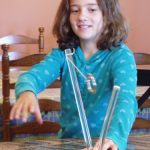 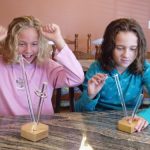 Orbiter Rings | Tabletop posts and ring toss game | Fidget Toy | Brainteaser | Action skill game | Art in motion sculpture
• This decorative entertaining toy is a pendulum device to showcase a players eye to hand coordination skills. The object is to set the ring in motion, from one taller uniquely angled post in order to ring the second shorter conversely angled post. Players are challenged to learn six orbiter swings, each one different with increasingly difficult swing paths, and then to see which player will make the most ringers.
• The Orbiter is similar to the executive gift Newton’s Cradle in that they are both pendulum devices, used to demonstrate the laws of motion, and to serve a decorative function for the home and office. Newton’s Cradle and the Orbiter are part of a group of toys known as “art in motion toys”.