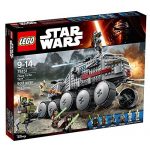 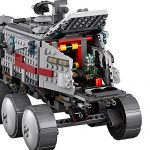 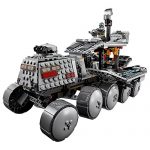 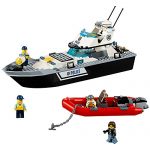 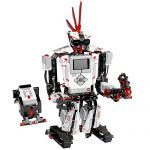 LEGO MINDSTORMS EV3 31313 Robot Kit with Remote Control for Kids, Educational STEM Toy for Programming and Learning How…
0 out of 5

At the Battle of Kashyyyk, the Clone Army needs backup! Twist the Clone Turbo Tank to make it turn and roll this 10-wheel monster of a machine onto the battlefield. Extend the observation post to watch out for enemy forces and fire the spring-loaded shooters to force them back. Then fold the sides of this cool LEGO Star Wars toy down to release the mini AT-RT walker and join Luminara Unduli, Quinlan Vos, Clone Commander Gree and the Elite Corps Clone Trooper as they battle the Droid Army!.
Build a Republic vehicle with 10 rolling wheels with suspension, mini AT-RT Walker and more
Featured in Star Wars: Episode III Revenge of the Sith and the Star Wars: The Clone Wars TV show
Includes Luminara Unduli, Quinlan Vos, Clone Commander Gree and Elite Corps Clone Trooper, plus 2 Battle Droids
LEGO Star Wars building toys are compatible with all LEGO construction sets for creative building
Tank is over 6″ high, 12″ long and 5″ wide. AT-RT is over 3″ high, 1″ long and 1″ wide
903 pieces – For boys and girls between the ages of 9 and 14 years old