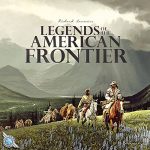 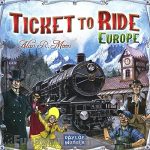 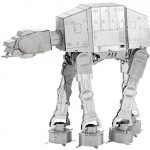 Fascinations Metal Earth – AT-AT
0 out of 5

Legends of the American Frontier is a game where players take on the role of early American settlers building their legend as frontiersmen, explorers, soldiers, businessmen, and statesman as they progress through their life’s journey from the thirteen colonies in the east, across the plains and to the west. Players choose skills and advantages through their family upbringing and go on to use those formative skills to venture out into the American frontier, facing challenges, and a multitude of independent and cooperative adventures as they influence the course of America’s development as a nation and forge their personal legend. Part strategy, part luck, and part storytelling, Legends of the American Frontier is the latest game from designer Richard Launius, so prepare yourself for a deep yet entertaining game!
Ages: 14+
Number of Players: 2-4
Playing Time: 90 minutes