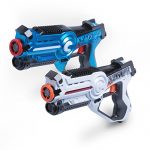 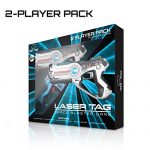 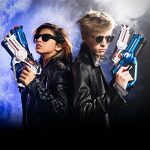 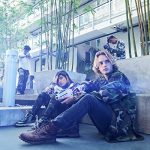 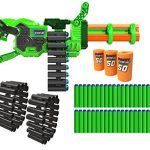 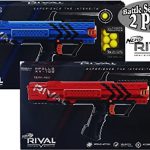 Fight for the fate of the universe in Space Blaster Game – a new infrared laser tag game that turbo-boosts the traditional laser gun set with a vibrating laser gun toy that features 4 different weapon modes, 4 different color team modes, a Life Meter that tracks your health, a reload mode and more!

And, best of all – you can play without vests in this laser gun game. Just aim for your opponent’s laser tag Blaster to score a hit! Check out these Space Blaster Game features:

PISTOL, SHOTGUN, SUBMACHINE GUN OR ROCKET LAUNCHER? Choose your weapon for laser battle with the click of a button on your Blaster to do max damage to your opponent’s Life Meter – but don’t forget to reload! More powerful weapons have fewer shots, so be careful out there.

FORGET THE VEST & FIGHT WITH THE BEST. Blast your way to laser tag victory by aiming at your opponent’s laser tag gun. These laser tag sets don’t need vests – all you need is your trusty Blaster and space-ninja reflexes.

WATCH YOUR LIFE METER, LASER TAG WARRIOR. Your Blaster’s Life Meter lights up on both sides; 1 light for every 3 lives for a total of 9 lives, you crazy cat. But, watch out – just three hits from a missile launcher and you’ll be in the pet cemetery … so to speak.

ONE SHOT, ONE THRILL. Take out the other team sniper-style with laser-gun shots from up to 130 feet. (Just FYI, that’s almost half the length of your local football field.)

Join us for the next evolution with this laser tag gun set and see if you have what it takes to win Space Blaster Game.