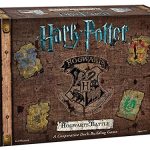 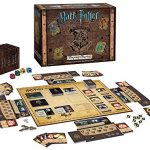 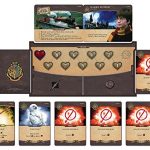 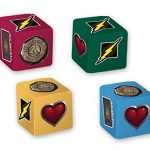 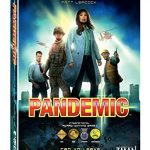 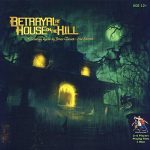 Avalon Hill Betrayal at House on the Hill, Green
0 out of 5

Take on the role of Harry Potter and his friends to defend Hogwarts from Villains and their Dark Arts in order to save the wizarding world. With every turn you and your fellow wizards must defend magical locations including Diagon Alley™, the Chamber of Secrets™, and even the Quidditch™ Pitch from villainous attacks and Dark Arts events.
PLAY AS YOUR FAVORITE CHARACTER TO DEFEND THE WIZARDING WORLD FROM EVIL FORCES: Harry Potter™, Hermione Granger™, Ron Weasley™ and Neville Longbottom™
Gain Influence to master powerful Spells, recruit Allies, and uncover magical Items
Enhance your abilities with over 140 cards
7 SUCCESSIVE GAME ADVENTURES OFFER INCREASING DIFFICULTY: As you advance through Games 1-7 of Harry Potter Hogwarts™ Battle, you will reveal progressively more challenging adventures and unlock new secrets on your journey to save Hogwarts from the Dark Lord!
INCLUDES: 252 cards, 4 dice, 7 game boxes, 7 game rules, 4 player boards, 8 villain control tokens, and 70 chip pieces