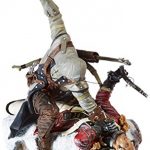 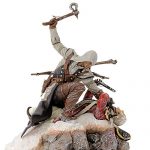 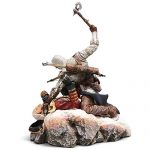 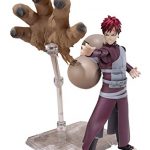 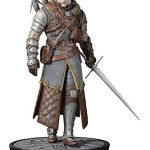 Deep in the heart of 18th century North America, as beautiful as it is harsh, a revolution is brewing in the thirteen colonies. It is here that Assassin’s Creed III introduces its new hero, ratonhnhaké:ton, born of a native American mother and British father. Taking the name of Connor, he will fight for freedom and Justice, surrounded by the flames of the revolution. Ubicollectibles presents its latest creation “Connor – the last breath”, directly inspired by a scene from the action-packed announcement trailer for Assassin’s Creed III. This finely-detailed collection piece shows Connor kenway about to execute an English general to protect the freedom and independence of his people. With its original pose and high-quality finish, this iconic figurine will perfectly complete your Assassin’s Creed collection.
Incredibly detailed weapons and clothing
A dynamic scene featuring, for the first time, two characters
Height: 11 inches